Kim was first reported in September, allegedly operating illegally on Guam as a chiropractor. At the time, Miller, who was assigned by the board to investigate a complaint filed against Kim, raised concern with the practices Kim used on patients.

“My main concern with Jonathan Kim is he injured somebody and that person is more than willing to testify,” Miller said during the board meeting held Dec. 2. “But I see it as more of a health care emergency. People got hurt and so we need to stop him as soon as possible – before someone gets hurt worse.” 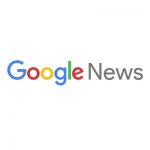 The 4 Best Websites to Book a Wellness Retreat

Zero Sugar Wines Are Just Really Not a Thing